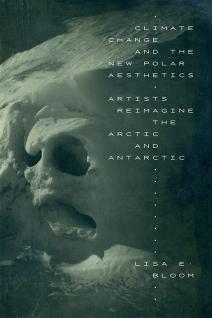 Today, climate change is a largely scientifically and socially accepted fact. Nevertheless, political decisions based on scientific results seem too slow and ineffective to really scale down the approaching catastrophe. Science is therefore said to have a problem communicating the urgency for sustainable ways of life in the face of the ongoing crisis. In fact, climate change has a perception problem. Although the dangerous effects are felt worldwide, the complex interrelationships of ecosystems and the role of humans in changing and shaping them is relatively abstract. This is the reason for a new scientific approach of so-called Environmental Art, which makes the complex interrelationships of climate change and its accelerating course sensually perceptible to audiences. Environmental Art poses questions of human responsibility and power to act.

In particular, the melting of the ice at the poles – which could soon lead to the much-vaunted climatic tipping point – is currently the subject of numerous artistic discussions. Artists who deal with the history of (Ant)Arctica question our imaginary of the most Northern and Southern regions as empty stages for heroic deeds. Late-19th and early-20th century colonial thinking is seen as male-dominated ignorance and arrogance which lies at the root of the current climatic predicament. This is why artists are calling for a changed relationship between nature and human. Starting from an aesthetic experience, this means an awareness of one's own dependence and interconnectedness with other non-human entities. In the sense of philosopher Bruno Latour, humans should feel part of an ecological network which they can shape, and which has an effect upon them in return.

Lisa E. Bloom is a pioneer in researching the scientific history and visualisation of the Arctic and the Antarctic. In her widely-acclaimed 1993 book "Gender on Ice: American Ideologies of Polar Expeditions", she criticised the persistence of polar heroicism by drawing attention to the voids that underlie these imaginings [1]. These concern, for example, the significance and suffering of marginalised groups in society, such as women, indigenous communities or black people, in the history of polar conquests. The publication has gained new relevance through the current attention of artists towards the polar regions. In her new book, "Climate Change and the New Polar Aesthetics: Artists reimagine the Arctic and Antarctic", Bloom extends her observation of an internal violence within polar imagination by putting it into perspective with the current climate crisis. The author focuses on artistic attempts which give visual expression to the complex phenomena of climate change and the need to act.

The book considers ways that art and visual culture of the polar regions – from the centuries of heroic explorations to the present – has both shaped and been shaped by ideas and debates about white masculinity, settler colonialism and capitalism. A special feature is that the works of some of the artists, e.g. Isaac Julian or Judith Hersko, are a direct reaction to the author's first book. In this respect, the publication is also an expression of an artistic-academic dialogue which revolves around the polar regions, their history and current threats.

The book is divided into three main chapters: 1. Disappearing Landscapes: Feminist, Inuit and Black Viewpoints, 2. Archives of Knowledge and Loss and 3. Climate Art and the Future of Art and Dissent. In the first chapter, Bloom takes up her theses from the 1993 publication by critically questioning polar heroism in contemporary art. The author highlights the ongoing culture of the heroic within the climate debate, namely in the desperate attempts to regain control over an increasingly uncontrollable nature, through technological innovations: "As the planet is proving more and more uninhabitable, the heroic ethos has returned with a vengeance to overcome planetary catastrophe. The heroic is understood as reactionary political and cultural stances that seek to claim lost wilderness and to reassert control over nature, often in league with modern techno-fix fantasies (...)" (p. 5).

Bloom expands this view of alternative or fictional heroic narratives in contemporary art which give voice to marginalised groups. Climate change is negotiated as a crisis of culture and imagination that, starting from an Enlightenment ideal, has centralised humans and their needs. It is marked by a history of invisible violence. The poles lose their extreme coldness; from now on they are part of a world that is generally characterised by radical changes in temperatures. In the works of the artists Bloom discusses – among them Anne Noble, Connie Samara and Joyce Campbell – the author recognises a continuation of the 19th century aesthetics of catastrophe, which are now transformed into an aesthetics of ultimate finitude. This means that a world after climate change can only be imagined and visualised as a posthuman one.

The second part of the book was written together with Elena Glasberg and examines art as a producer of scientific facts which makes changes in everyday lives of Arctic communities visible. With the focus on (collaborations with) people from indigenous cultures, art takes on the new role of a potential saviour in times of climate change. The ability of art is to give data an emotional and sensual persuasiveness; Roni Horn, Amy Balkin and others’ artworks create an elegy of the future that revolves around the feeling of irretrievable loss. This is associated with much suffering, especially on behalf of the Arctic population. The artists counter romantic fantasies of the Arctic with an image of misery and hopelessness, while making use of romantic aesthetics such as the sublime. The authors see no contradiction in the rational side of the sublime, since the contemporary version of the sublime in Environmental Art does not lead to the affirmation of a human subject. Instead, it conveys one's own physical involvement with invisible violence in ecological and cultural contexts.

Finally, third chapter focuses on the transitions between art and activism. Bloom interprets interest in documentaries – in the works of Ursula Biemann, Brenda Longfellow and others – as a poetisation of the sciences which highlights not only the role of artists, but also art viewers, as ethical witnesses. The evocation of horror and its witnessing stresses that behind the level of the perceptible lurks unimaginable historical and contemporary violence. Thus, while climate change is a global catastrophe, Environmental Art asks specifically about the cultural and historical causes of the crisis and its current actors, such as the oil companies drilling in the Arctic regions.

Lisa E. Bloom describes her own viewpoint – following Latour – as earthbound. Her book fills a long overdue gap in the exploration of the connections between 19th century colonial thinking and the climate crisis of our present. The author's focus is on artistic materialities and their potential to affect the senses. Bloom therefore convincingly points to the increasing power of the visual in the age of climate change and the necessity of a mutual exchange between art and science. By making invisible violence visible on a historical and contemporary level, environmental artists enable a critical examination of human responsibility and agency in times of climate change. In this respect, Bloom's book is essential reading, not only for art and cultural studies scholars, but also for all disciplines interested in communicating climate knowledge.

However, in Blooms argument I see the danger that the responsibility of art and artists to communicate climate knowledge might itself lead to a form of heroization: the artist as a saviour. In addition to the aesthetics of the sublime, the role of artists and art in times of crisis needs to be critical examined because the poetisation of data and scientific results for knowledge communication always bears the risk of producing so-called fake news [2]. This is why Bloom’s analysis is powerful but also a walk on the tightrope: it shows a responsibility for art which is tantamount to a precarious balancing act. This becomes clear, for example, in the first chapter of the book. Here, Bloom examines Judith Hersko's art, which treats the Holocaust, the violence against indigenous cultures and the climate-induced mass extinction of numerous species equally as a form of slow and invisible violence. Although violence generally causes trauma, none of the three events are comparable. Rather, the dangers of sublime aesthetics to subsume any experience of horror and loss and thus to make them ambiguous becomes apparent.

To summarize, “Climate Change and the New Polar Aesthetics: Artists Reimagine the Artic and Antarctic” is an impressive and fascinating study which prompts further critical discussions in the field of polar art. The book is a must-read for any scholar interested in the aesthetics of climate change and will have a lasting impact within the field of Environmental Humanities.