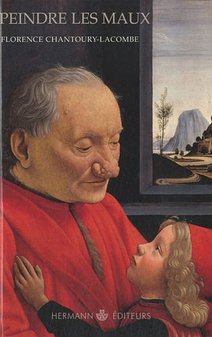 Florence Chantoury-Lacombe’s book may seem at first to be a conventional iconographic study of an intriguing theme: representations of illness in Italian Renaissance painting. And indeed, part of what this work has to offer is just that: a wide-ranging, detailed survey of images depicting infirmities, sick people and more or less miraculous healings. The iconographical study gives pride of place to Venetian – and to a smaller extent Florentine – painters, but does not hesitate to include Northern artists and images from other Italian cities for the sake of comparison. It tackles some themes with particular richness – indeed, some of the chapters are mini-studies that can be appreciated independently: one chapter, for instance, discusses representations of the Plague, considering the merits and the shortcomings of existing interpretations from Meiss to the most recent studies, and analyzing some iconic images [1]; chapter 7 concentrates on portraits of ill people, including self-portraits and fascinating depictions of the rich-and-famous in less than perfect health. Yet another chapter explores the tasks and images of early modern surgeons, giving us along the way some precious information about the hierarchies and distinctions of the medical profession at the time [2]. The concluding chapter opens up the vast topic of mental illnesses and their representations, perhaps a preview of an urgently needed detailed study.

However, on top of the conventional, run-of-the-mill level of enumerating iconographical motives and describing stylistic conventions, Chantoury-Lacombe’s ambition goes further, and higher. For her book – an adaptation of the author’s doctoral thesis – is much more than a descriptive inventory. In fact, Chantoury-Lacombe has several other aims in mind. The most urgent, perhaps, is calling for a radical change in the way art historians look at Renaissance paintings and write about them. In particular, the author criticizes repeatedly the “naturalistic prejudice” that interprets works of art – this is especially true for depictions of illnesses, as these have a scientific aura – as mere reproductions of reality. Here, the question is more what an image does and how it does what it does than just what it shows and whether it corresponds to some external, historical reality. In this sense, Chantoury-Lacombe relies on a tradition both highly important and desperately marginal in French art history, the heritage of EHESS art historians Louis Marin, Georges Didi-Huberman and Daniel Arasse; she does not hesitate to usefully cite other important French intellectuals such as Derrida, Kristeva or Foucault, who would be considered irrelevant and heretic in “normal” iconographical studies. She reads anthropologists, semioticians and philosphers, and not just previous art historians, and the result is a highly interdisciplinary work.

Images for Chantoury-Lacombe are what she calls “l’image-methexis” [3], a network of forces and energies (sometimes opposed here to “l’image-mimesis”). In itself, this idea has already been brought up, but in the context of health and illness it is extremely useful. It is combining the post-modern interest in the body and corporeality with early modern canonical artworks. Moreover, Chantoury-Lacombe analyzes the sophisticated play on showing and hiding that Renaissance images of illnesses and infirmities so often activate; after all, they are bound by the contradictory requirements of decorum and truth, of piety and beauty; and they ingeniously treat their subject matter in ways that satisfy all of these norms.

A particularly interesting aspect of the book is the detailed formal analyses showing us how supposedly random artistic choices can create meaning and affect. After all, if art history has one important task, it would be that: to demonstrate that form and content are impossible to distinguish. What Chantoury-Lacombe tries to uncover is a different visibility, or how these images, instead of obeying the binary oppositions of visibility-invisibility, the figurable vs. the unspeakable, create a novel, original way of showing. A striking example, analyzed at length, is Tintoretto’s St. Roch Healing the Plague Victims (or St. Roch in the Hospital), from the San Rocco church in Venice. The author shows how the work conflates the bodily “stain” that is one of the disease’s symptoms – effaced by the form-giving gesture of the cross – and the figurative power of painting itself. The result of the Saint’s gesture is echoed by the mysterious absence of color from part of the depicted floor. In a different part of the book, it is shown how the complex axial structure of the same image is creating a temporally entangled trajectory of spectatorship. Yet another reference to Tintoretto’s fascinating painting links some figures’ sculptural appearance (and gestures borrowed from actual sculptures) to the topos of plague victims as petrified on the one hand, and to the conflict between “heroic nudity” and medical realism, on the other [4].

Thus, Chantoury-Lacombe explores the “limits of painting”, an issue that goes well beyond the theme of health and illness. It is not only about ill people represented on canvases anymore; Chantoury-Lacombe questions the most basic functions if painting itself, its infirmities and wounds – both metaphorical and concrete – and the treatments proposed by some of the most talented art-physicians of early modern Europe.